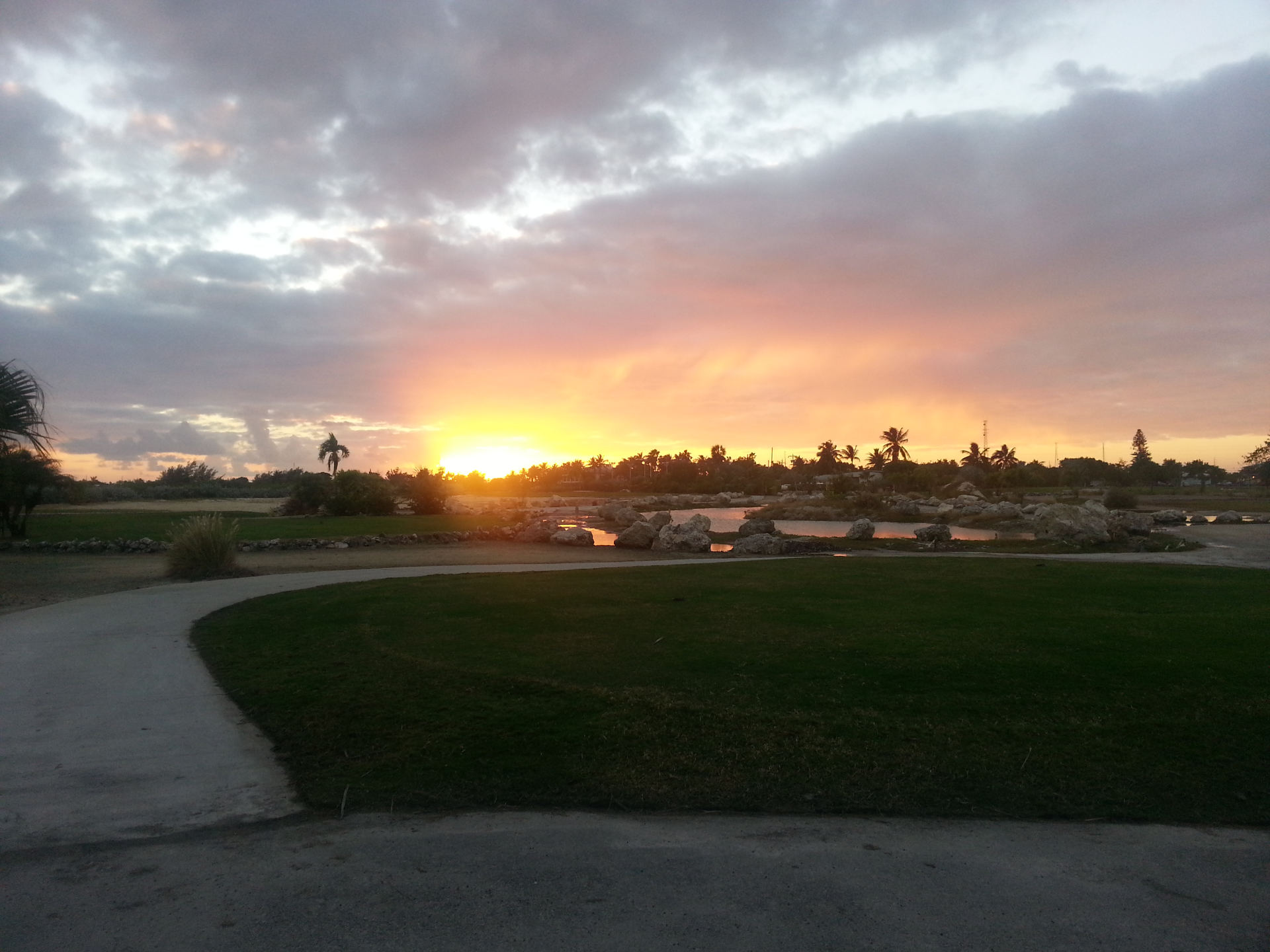 In the beginning Florida Keys Country Club was a tangled watery mangrove swamp – much like the virginal landscape one can find on Boot Key today.

A man named Stanley Switlik visited this area in 1952 on a trip from Naples, Florida to the Dry Tortugas. Stanley, originally an immigrant Polish boy from the Ukraine and later an industrialist who manufactured parachutes and other life saving equipment in Trenton, New Jersey, ran across a group of men who were looking over this land. He fell into a conversation with them and found they planned to build houses in the area in conjunction with the Atlantic Dredge Company. Mr. Switlik was not too impressed with this idea, thinking the acreage could be put to better uses. They told him if that was what he thought, why didn’t he go ahead and buy that land and do with it what he pleased.

On the spot – so the story goes – he made a deal to purchase it.

It then included some very wet acres. Legend has it that he signed the check for a deposit on the fender of a handy parked car.

However that may be, Mr. Switlik eventually bought several large tracts of land including the 200 acres on Crawl Key, where he built his home. Over 300 acres were purchased from the Jesston Corporation for a figure near $200,000 according to Marathon Realtor, Romer L. Baucum. The sale of this land was featured in the first issue of the Florida Keys Keynoter, published February 19, 1953.

The tracts Mr. Switlik acquired would be considered vast by today’s standards in the Keys. They comprised almost everything from where the Marine Bank of Monroe County now stands to Sombrero Beach on Sisters Creek. It did not, however, include Tingler Island properties and their adjacent areas, except for the site of the present Marathon High School, which Mr. Switlik was to donate to the county. This area today is the prime cut of Vaca Key. Folk now refer to it as “Sombrero” after the lighthouse that was erected on the reef before the Civil War.

Mr. Switlik pondered the uses to which he would put his land. He believed that there were four things of principle importance to the tiny, post-Florida East Coast Railroad town of Marathon. The four things most needed were: a bank, a hospital, a high school and a country club.

With respect to the country club, he thought of that as a yacht club as well as a golf facility. He formed the Keys Engineering Company in April 1955 to develop the area. He hired a surveyor and an engineer, Stanley Ash, and contracted the services of the Floyd Lamb Construction Company for the use of its heavy equipment and purchased a large dredge. Land was cleared. A network of canals began presently to be excavated.

And the pumping began.

Before long a spacious lagoon, since officially designated “Sombrero Lagoon”, began to take form. From the lake bottoms surfaced the fill that now composes much of our present golf course and the adjacent dock, resort and residential area that now surround it.

The first entity to emerge from all this dredging was the golf course, which was designed by Mark Mahannah. The course, which now occupies an area of 135 acres, measures a total of 6, 303 yards along its full playing length and includes 12 major water hazards along its 18 holes. Five million cubic yards of marl and coral fill went into its building, along with huge quantities of muck to provide a base for the grass seed. After the course took shape, planning and construction on the clubhouse was begun about 1956. Our original Club Golf Pro was Joe Lopez, Jr. of Key West. The original clubhouse included two open porches facing the lake and a roofed-over rear entryway. Both porches have since been enclosed and the rear roof largely removed.

At this time, and for several years thereafter, this complex was known as the Sombrero Yacht and Golf Club, since it included the considerable area to its west, which had been lined with some 1500 feet of wooden docks. It was operated as a privately owned club whose owner and operator was Stanley Switlik.

After the clubhouse, other structures were erected. The building now known as the Dockside Lounge was built to house the dock master in charge of what then was the Club marina.

It was brought to light then that in excess of $4,000,000 had been expended to build the Sombrero projects. This included the amount of $250,000 spent to induce grass to grow and the rock and marl. Several hundred thousand cubic yards of Everglades muck had been tucked down for this purpose. The clubhouse terrace alone contained 25,000 cubic yards of fill and 80,000 square feet of grass brought down from Broward County. As a part of the process of bringing grass to Sombrero, a number of Seminole Indians, including Squaws, came down to plant grass, and after that had been done, the Indians performed a colorful ceremony designed to help the grass take hold and flourish.

In 1966, after several years of operation Sombrero, Mr. Switlik, for both philanthropic and other reasons, decided to sell the Club. He at one time offered it to Monroe County for possible use as a site for a community college. This offer was declined.

In the spring of that year, Mr. Switlik sold the Sombrero Club to a group of its members and local residents for $250,000. This was but a fraction of its real value.

The buyers who became the founding members of the new Club raised the money to purchase it from the sale of certificates of membership and the issuance of bonds. At that time, certain members purchased several certificates and their original number was limited to 150. This number was later increased by vote of the membership to 250; today is stands at 200. Original cost of a certificate was $1,000.

In April of 1966, the Club incorporated as the Sombrero Country Club, Inc., a non-profit corporation, under the laws of Florida. New directors were elected and Ralph Cunningham Jr. became the first president.

After Mr. Switlik sold the Club, he continued to take an active interest in its affairs and to make it the object of his benefactions until March of 1981; in his ninetieth year he passed away.